I don’t know if Dr. Seuss would appreciate my title, which borrows from his children’s classic.

But given how I enjoy comparative rankings, I couldn’t help myself after perusing a new study from WalletHub that ranks states on their independence (or lack thereof).

Being a policy wonk, what really caught my attention was the section on government dependency, which is based on four criteria. 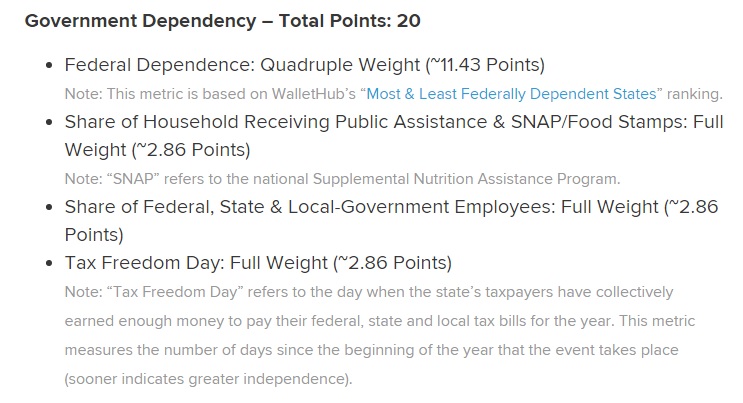 As you can see, the four factors are not weighted equally. The “federally dependent states” variable is considered four times as important as any of the other variables.

Moreover, I’m not sure the “tax freedom day” variable is a measure of dependency. What’s really captured by this variable, given the way the tax code doesn’t tax low-income people and over-taxes high-income people