Stolarczyk, so far, is not being charged for his use of force in defending his home — but he is being charged with felony possession of an illegal handgun, a class “E” felony.

Owning the gun not so much under New York’s repressive gun laws..

A software company that decided to demand to control its customers’ business operations is facing a backlash now from the chief of the Citizens Commission for the Right to Keep and Bear Arms.

That organization charged that Salesforce.com, a software company from the far-left boundaries of San Francisco, is guilty of “corporate coercion and social bigotry” for announcing it would impose restrictions on what products its customers can sell.

More on the story…

Fifty women have filed a lawsuit against Salesforce in a San Francisco court, claiming that the company facilitated “sex trafficking, negligence, and conspiracy” by providing tools to support the growth of Backpage.com. 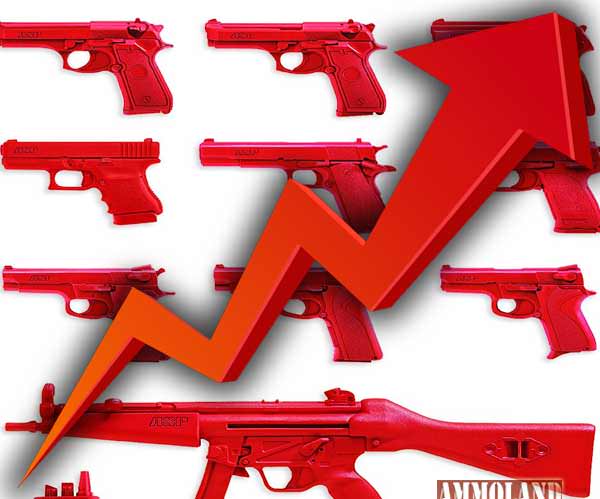 The Unstoppable 3D Gun Revolution Continues to Heat Up

How to Beat the Blacklisting of Second Amendment Supporters

When discussing the full-spectrum threat to our Second Amendment rights, one of the weapons we have to contend with is blacklisting. Whether it comes from Andrew Cuomo or social stigmatization, this is a weapon intended to chill activism on the part of Second Amendment supporters. What it does, for all intents and purposes, is to tell them, “If you oppose our agenda, we will destroy your ability to make a living and wreck your life.”

Damn..He is still out there..

Barack Obama says U.S. gun laws ‘don’t make sense’ and that it’s even possible to ‘buy machine guns’ as he reveals Sandy Hook massacre was the ‘hardest day’ of his life

Now I need a drink…

One thought on “Gun Bits …”