Tis another reason I won’t be giving up my guns..

How can we lose we the anti gun politicians are this Stupid??

Kamala Harris: Hitting every branch of the stupid tree. 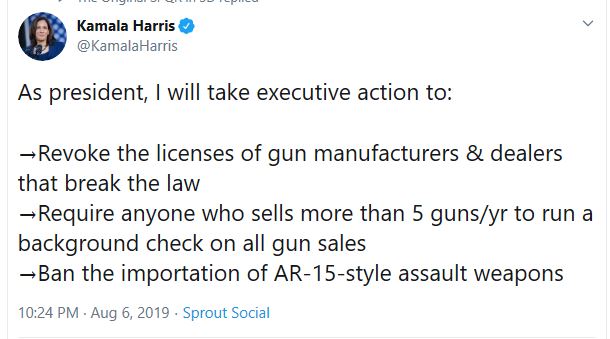 Did your semi auto kill anyone this weekend? Or anytime?

Mine did not and will not unless I am threatened. And those I worry about are deranged hate and violence spewing leftists and their Politicians..

Sick. These bastards are sick and wrong…

When the Left says that words can be the same as violence, and then they are found to be guilty by their own inflammatory words and actions, then freedom is a candle in the wind.

The Revolution Will Be Triggered

A Democratic socialist convention showcases the self-inflicted impotency of the Left.

Pictures of Every Mass Shooter in 2019…It May Surprise You