Fuhrer Cuomo goes after the Jews

Gov. Andrew Cuomo: “I have to say to the Orthodox community tomorrow, ‘If you’re not willing to live with these rules, then I’m going to close the synagogues.'” pic.twitter.com/QWOPvZMbFI

A tough nut to break…

Trump vs The Military Industrial Complex

ICYMI: Biden Would Ban and Criminalize AR-15s and MSRs

“Joe Biden’s gun grab isn’t original but is it is shockingly honest that they admit the end game. His campaign promise to confiscate guns rips the mask off the lie told by gun control for decades,” said Lawrence G. Keane, NSSF Senior Vice President, and General Counsel. “Yes, they are coming for your guns. The Biden-Harris campaign literally spelled out how they would do this and would violate their oath to uphold and defend the Constitution, but instead destroy it.”

The Do or Die, Join or Die Election

And they are using it to scare the feeble minded left…

New WHO estimate puts coronavirus death rate at only 0.13%

Seed The Narrative Early and Often: How “Journalism” Works, According To CNET

‘Journalism’ and ‘works’ in the same sentence??

Does Trump not do absolutely anything right for the US? Because all I hear from the media about him are negative things.

But Trump does do right, the media jackals lie and misinform the weak minded…

Plenty of examples of who how he has at link..

On the Arrogance of WordPress Developers

Excuse me? Promoting or inciting violence?? Both!!

What Freedom? What Constitution..

How Spike In Gun Sales Will Inhibit Anti-Gun Activist Investors

People that don’t have real jobs.

Left-wing activist Shaun King Statues of Jesus Christ should be torn down, ‘form of white supremacy’

Well hell…2 old, white lying, Democrats must be better then one!!! One that’s senile and one that’s stupid…Your choice..

As do all the current CNN talking heads…

Hours after Pittsburgh dumped sand on skate park, a pile of sand was left at city hall

They’ll protect him, with more lies and bullshit..

Walmart and Costco are examples of ‘essential services.’ They operate under the direct regulation of the Health Department and any other agency of State and Local government that wants a shot at them.

We must fight for religious freedom—not to be an ‘essential service’, as if we are a retail business. We want State governments to respect the church more than they respect box stores—a lot more.

Screw this. They can fend for themselves, tax their own citizens, don’t drag American taxpayers into their mess.. 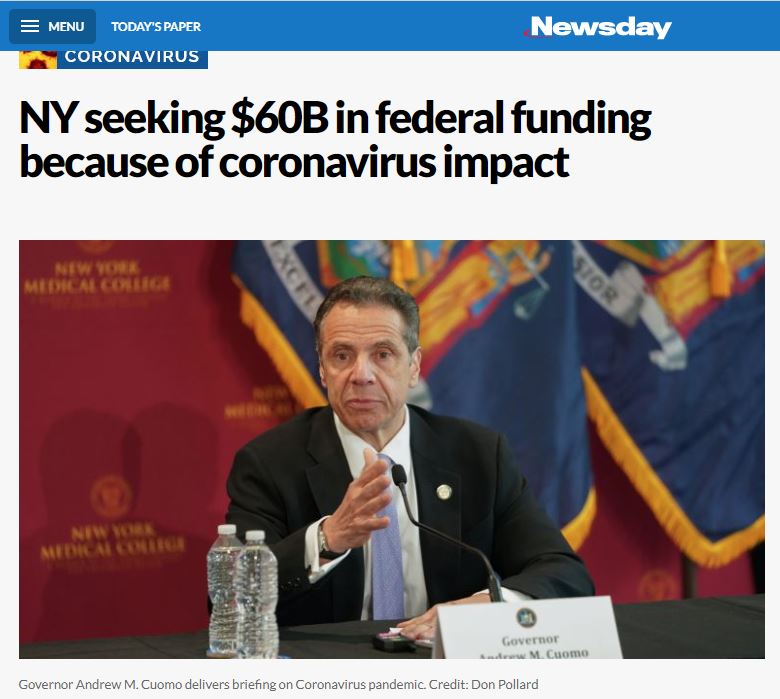 And here is the ransom demand

The stupid is strong here…

Feminist Author: Electing Biden Is Worth ‘Weakening the Voices of Future Survivors’ of Sexual Assault

Congress Sets Up Taxpayers to Eat $454 Billion of Wall Street’s Losses. Where Is the Outrage?

‘We need Easter, we have never needed it more’

Name another Nation that went after a religion and it’s adherents?

I’m thinking a bit ‘stronger’ terms…But then I am not a ‘polite’, ‘turn the other cheek‘ Christian…

It’s Time Christians Told Those Who Seek to Silence Them, ‘Yeah, Right’

___
Lies, is all about how liars interpret the Constitution. Twit, manipulate and distort it until it works for them.
Freedom of Speech, Freedom of Religion means what is says. I can pretty much tell it like it is and practice my Faith when and where I want.
The 2nd Amendment protects those Rights.
Try me sometime if you do not beleive that one!!

Christians Silenced By ‘Separation of Church and State’ Lie

Obamascare, effing America over one day at a time and for a lifetime if we do not dump the POS and Buck Ofama!!

Brian Bosworth was a football legend at OU and then in the NFL, playing for the Seattle Seahawks. After a career-ending injury, he made his way to Hollywood. Now, he’s a committed Christian and acting in movies for audiences hungry for faith-based…

So, who is responsible for your safety?

What the Eff is this?

How about irresponsible car/truck/crowbar/hammer/ tool owners? They kill a helluvalot more folks then guns?

Effing morons…Clueless as to how things work..

But of course! Is not a Mooslim Amendment!!

Buck Ofama cannot remember the Liberty and Justice for ALL!!

Forfeit Your Guns Bill Introduced In House of Representatives

Saw this today and every time I am at a gun shop lately!!

I knew that I should have bought those gun stocks when I had the chance. Obama has definitely done great things for the gun industry. He’s probably single handedly woken up all of those out there who have realized that this administration has no qualms playing the God King and reducing the land of the free …read more

How Obama’s gun ‘order’ will backfire

There was only one problem.

Their findings, summarized starkly by co-author Wright, were that “Gun control laws do not reduce crime.”

Tax-exempt goose-stepping fixers. You would think the media fufilled this role. But clearly Obama has other plans for the disarmed:

Politico: President Barack Obama’s remaining campaign apparatus will relaunch Sunday as a tax-exempt group to support his second term agenda, a senior Democrat familiar with the plans confirms to POLITICO. The new organization will be separate from the Democratic National Committee. Obama’s 2012 campaign manager Jim Messina will be the national chair of the group.

I see so many writers and articles(I follow way to many blogs and news sources!) so rabidly defend our rights. Especially the 2nd Amendment and any others that defend their freedoms, privileges etc.

But one I often see neglected or avoided or dissed and down right stepped is my 1st Amendment Right to Freedom of Religion. The Right to practice my beliefs where and when I choose to without harassment and ridicule and that is why I am not a very good Christian. I do not ‘turn the other cheek‘ as my Pastor often says I can be a very Old Testament type of guy.

Yet so many of Rights Advocates seem against that.

Why is that? Makes you somewhat like these so called progressive a$$Os so against my beliefs?

Of Whom, Or What, Are They Afraid?.

If you do not believe, then why all the hate and hysterics? Ridicule and threats?

Vandalism and lighting up places of worship?

In America we supposedly “have” Freedom of Religion. Which means the Freedom to worship as we want without interference from the State..Not for the State to ever inhibit or interfere, nor for individuals to attack or interfere…

Let’s be clear.  The US Constitution does not declare a separation of church and state.  Nowhere in that esteemed document does the language come anywhere near saying that.  What the constitution does state, and clearly, is that the state cannot establish a “state” religion.  It also guarantees Americans the right to worship as they please without interference by the state, or anyone else.

Hmmm…but like everything else granted us by the Constitution there are those whom attack, limit threaten all our freedoms…ANd then wonder why we get a bit upset with them.

Thankfully we have the 2nd Amendment, to protect those Freedoms…Just saying..

And that brings me to another point…All those 2nd Amendment supporters, those strong “Freedoms” and “Rights” supporters…whom bash religion and those of us whom are Christians….why the hypocrisy?

You take after the left wing nutjobs in that respect sometimes…

How many “gunny” type bloggers have ever really busted shoe leather, actively supported a candidate or campaigned for office, put themselves in the public eye for their beliefs and our Rights…all our Rights?
Stood in front of a crowd and been asked the questions about their beliefs and stance on a wide range of issues?
Abortion (against)
Free Speech(anything goes folks, is why it is called free speech)
Gay rights (See the Constitution and Bill of Rights all are equal, not some are more equal)
Gay Marriage (And this will piss some off and I do not care, but it is between a Man and Woman)
2nd Amendment ( my right to choose, own and carry what I want, when I want, where I want)
Freedom of Religion (Worship the God you want and I will worship mine, but DO NOT interfere with my worshiping when and where I want!)

Have been delegates to their party of choice, local and State conventions?
Precinct chairs?
Caucused?
Letter writers and PTAs to their local, state and national elected politicians?
Been involved, actively?
Shown something other then a lot of BS on they blogs? Hot air in their posts?

I have and will again…All of the above..

I read so many stating they strongly support the 2nd Amendment..
But what about the rest of our Rights?
All of them? (Some may say they do, but they are effing liars.)

Actually getting out and showing support for their cause other then…
Posting about it?
Stating they are a member of the NRA?
blahblahblah…

Then whining about the shitty candidates, the stupid party, the dhimmicrats..
I do believe many feel some are more special then others!!
So….

Are they doing about it?