Not NBC, they lie like all the other lamestream media out lets..

Please, take action and tell your Senators to DROP all gun control from the government funding bill.

We’re already seeing “rules” introduced this year that impact your Second Amendment rights – here’s what we can expect to see from the Biden Administration related to gun control in 2022.

I have been a member off and on, more on then off for many years.

Not overly happy with the NRA these last few years though..

FOR IMMEDIATE RELEASE — FROM THE WHITE HOUSE
August 5, 2021

Today, Domestic Policy Advisor Susan Rice, White House Counsel Dana Remus, and Director of the Office of Intergovernmental Affairs Julie Rodriguez hosted a virtual convening with attorneys general from seven states and the District of Columbia to discuss policies and strategies for holding gun manufacturers and dealers accountable for wrongful conduct that contributes to the supply of firearms used to commit gun crimes. This convening is the first of two meetings with state and local officials that were announced in President Biden’s comprehensive plan to reduce gun crimes, including by supporting local law enforcement, investing in proven community violence interruption efforts, and stemming the flow of guns used to commit crimes.

President Biden has repeatedly and forcefully called for Congress to repeal the Protection of Lawful Commerce in Arms Act (PLCAA). This law gives gun dealers and manufacturers special immunity from certain liability for their products, hindering the public’s ability to address the epidemic of gun violence through the use of civil litigation in the same way they have been able to with the tobacco and opioid industries. As the President said in the Rose Garden this past April, “Imagine how different it would be had the same exemption been available to tobacco companies who knew and lied about the danger they were causing.” During today’s discussion, attorneys general shared how PLCAA has served as a significant barrier to holding gun manufacturers and dealers accountable for unlawful conduct that led to shootings, homicides, and other gun crimes, and how repeal of PLCAA would enhance their ability to advance the public safety of Americans.

As directed in the President’s gun crime reduction strategy, participants in the convening also discussed how we can hold gun manufacturers and dealers accountable for unlawful conduct while PLCAA is still the law of the land. Attorneys general discussed the opportunity and barriers to using generally applicable state consumer protection and nuisance laws to take action against gun manufacturers and gun dealers under PLCAA’s predicate exception. They also discussed how state legislators could enact firearm-specific liability laws, like New York State’s new law, to potentially create new predicates allowing litigation to proceed under PLCAA.

Or those controlling him? 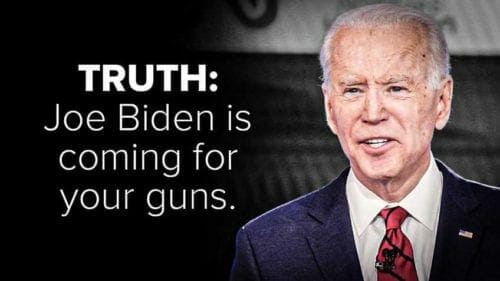 Look behind the curtain.

Biden is a tool.

How one equates China, knives and gun control is baffling…

Everything Comes Back to Gun Control

If these morons even see a gun, it’s enough to cause panty wetting hysterics…