Those Telling Police To Stand Down? They Also Want Your Guns

One wonders how people can be so lazy as not to do a little research before asking a question like this..

It did. It banned them back in 1986. If you had taken 5 minutes to Google this topic, you would have heard of the Hughes Amendment.

Because anti gunners do not want to protect the children, just use them when they become victims…

Unless the average Joe jumps through hoops, he cannot own an ‘assault’ rifle.

If giving up your assault rifle would save just one life, would you do it?

What you claim are ‘assault’ rifles, driven by media(Fakenews) and the anti-gun crowd, are semi-auto rifles. Which have been around and used for hunting, target shooting, etc for years…

If stopping abortion would save one life…..

No such thing as ‘reasonable’ from the anti gun crowd…

Let’s not go for qualified members.

But then Warren sure as hell isn’t!!

FL AG Argues Gun Rights Not Restricted, Even If You Can’t Buy Guns 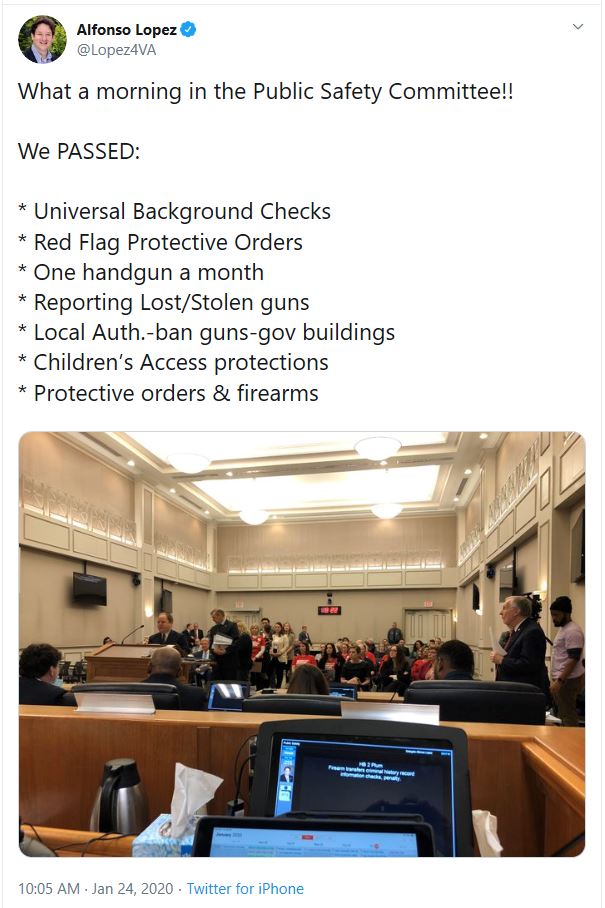 Can you say ‘law abiding, citizens and gun owners are screwed’….

Democrats Warn That American People May Tamper With Next Election

Beto seems to have missed the fact..

That the government lost the war on drugs..

And now he wants a war on legal gun owners..

Have never used their guns for anything illegal..

Ever since taking control of the U.S. House of Representatives, Democrats have been waging an unprecedented assault on the Second Amendment. Led by Speaker Nancy Pelosi (D-Cali.), the caucus has been an entity in virtual lock-step promoting a laundry list of today’s most popular anti-gun proposals. Whether it is banning semi-automatic firearms and placing limitations on magazine capacities, pushing “universal” background checks, imposing potentially endless waiting periods, or trying to use financial institutions to drive their political agenda, anti-gun Democrats are looking to exploit every opportunity they can to promote their attacks on our freedoms.

At every step, Pelosi and her minions push anti-gun legislation with the lie that each proposal will be the death knell to violent crime committed with firearms. Of course, we’ve all heard this mantra for decades. And for decades we’ve seen every anti-gun law that has passed fail to put a dent in crime, only to be followed by a new proposal that the gun-ban extremists insist will get the job done…this time.

On May 10, President Trump signed the Target Practice and Marksmanship Training Support Act  into law. This NRA-backed law will help promote firearm safety and training and enjoyment of the shooting sports by freeing up more federal funds for use in public shooting range development and construction.

By now gun owners have become accustomed to a certain measure of ignorance from anti-gun politicians and their lapdogs in the mainstream press on matters of firearms policy. It’s the flamboyant stridency of that ignorance that remains shocking.

Why the Founders Wanted You to Own Military-Style Weapons

Because they understood tyranny and oppression..

And foresaw what would eventually happen..

The organizers deliberately did not invite anyone from the NRA and the gun rights movement to participate in the course, and the results are what one would expect when such a conscious decision is made.

Duping the Naive Into Being Victims, by Choice

To many people today walking around blissfully unaware that evil can strike at anytime, anywhere…Or they think the government and it’s many laws will protect them…

A media that covers a lying Democrat politician, shocking…

When guns are good, the media is silent…

One can always hope…

In something that I find profoundly troubling when I’ve had this discussion before, I’ve had a Caring Liberal tell me that the example of Iraq doesn’t apply because “we kept the gloves on”, whereas fighting America’s gun nuts would be a righteous total war with nothing held back… Holy shit, I’ve got to wonder about the mentality of people who demand rigorous ROEs to prevent civilian casualties in a foreign country, are blood thirsty enough to carpet bomb Texas.
You really hate us, and then act confused why we want to keep our guns? But I don’t think unrelenting total war against everyone who has ever disagreed with you on Facebook is going to be quite as clean as you expect.

Eight Facts That Will Keep Gun Grabbers Up At Night

Here are eight stubborn facts to keep in mind about gun violence in America:

The liberal Left continue to push their radical agenda against American values. The good news is there is a solution. Find out more >>

Uses a gun to protect oneself, family or others..

So chant the idiot media and their anti gun masters..

This begs to differ….