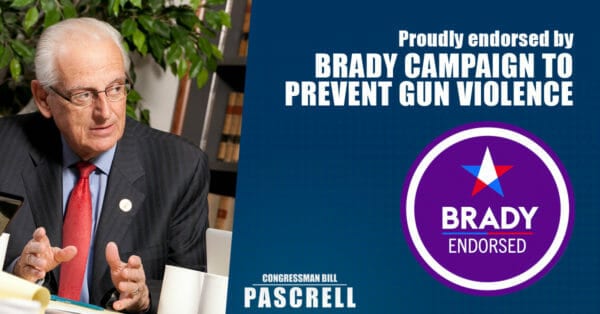 She has a right to protest…..But…

Chiara de Blasio, 25, was taken into custody around 10:30 p.m. after cops declared an unlawful assembly at 12th Street and Broadway in Lower Manhattan, the sources said.

Does this make him a terrorist?  Means he supports the destruction and violence happening in the Twin Cities and elsewhere?

Son of Minnesota’s attorney general: ‘I hereby declare, officially, my support for ANTIFA’

Just happened to be handy?

Social media users participating in protests over the death of George Floyd have reported large piles of bricks randomly appearing at rallying sites.

A lawyer ignoring the laws….Well that means it’s a free for all and anything goes??

Appears to be a couple of lawyers…

Colinford Mattis, 32, was allegedly behind the wheel of a tan minivan as his passenger, fellow attorney Urooj Rahman, allegedly hurled the incendiary at an empty NYPD vehicle outside the 88th Precinct station house in Fort Greene early on Saturday.

And nothing says protest like burning a church down…

These sumbitches deserve ….. Well you fill in the blank…

Reporters, lawyers, pretty much all useless scum suckers these days…

NBA Reporter Tells Rioters to ‘Burn It All Down,’ Changes Tone When ‘Animals’ Come Near His Home

Not a protest. Assault and attempted murder. Where is the outrage? Riots?

Police have not yet made any arrests in the shocking assault.

Law enforcement later confirmed the victim was carrying a machete to “protect his neighborhood from protesters.”

Of course not….and will they??

The husband used a golf club to attempt to fight off the men who were attacking his wife.

A machete and a golf club…Hmmm what would have worked better?

Appears so according to AG Keith Ellison.

How is it these radical liberals think this is okay?

How many illegal and dead voters voted for this sumbitch?

Minnesota Attorney General Keith Ellison has filed an amicus curiae brief in the United States Ninth Circuit Court of Appeals calling for the court to uphold California’s absolute ban on rifle and pistol magazines that hold more than ten rounds and permit states to pass other unspecified gun control measures – claiming that such measures do not infringe upon the Second Amendment.

If this law is upheld, Californians will have to turn in or destroy magazines that hold more than ten rounds.

Keith Ellison is arguing that Minnesota should be able to do the same!

You can read the amicus curiae brief at this link. The case is Duncan v. Becerra.

This could be a dangerous precedent if the court agrees with Keith Ellison – allowing states and other government bodies to pass extreme gun control laws – and have them upheld by the courts.

We need to POUR ON THE PRESSURE TODAY in order to get Ellison to REMOVE MINNESOTA from this ridiculous brief.

In the Minnesota Senate, Jeff Howe won the special election in Senate District 13, keeping the Senate in the hands of a pro-gun rights majority that will now have to serve as a bulwark against the extreme gun control measures we can expect to see.

Our Political Director Rob Doar will share more thoughts in a video on our Facebook page later today, but here are a few quick thoughts from last night’s results:

The gun rights movement in Minnesota has had some of its greatest successes under divided government – including passage of the Permit to Carry law, the Range Protection Act, the legalization of suppressors, and more.

That said, we expect to see a strong push for gun control in the coming weeks as the session approaches in January 2019. Here is some of what we can expect to see introduced:

Bad for pretty much everyone NOT toeing the leftist, progressive, Muslim mantra.

But especially bad for gun owners and their rights..

Keith Ellison, the progressive congressman and deputy chair of the Democratic National Committee, is exploring a run for Minnesota attorney general, according to four people he’s discussed the possibility with.

Lori Swanson, the current attorney general, is expected to run for governor, leaving the race open.

With his active organizing and fundraising base — amplified through his close alliance with Sen. Bernie Sanders (I-Vt.) — Ellison would likely scramble a field of lesser known candidates that’s begun to take shape.
Ellison did not respond to efforts to reach him directly, and a spokesman declined comment.

First elected to Congress in 2006, Ellison has grown listless and bored in the House, according to multiple people who’ve spoken with him in recent months. He’s still far from even being a ranking member on a subcommittee, and Democratic prospects of retaking the majority in the House soon remain uphill.

Ellison has also told friends about chafing at being the number two at the DNC, occasionally clashing with Tom Perez, who beat him for the top spot before appointing him to his current position. More often he expresses frustration at not being able to set the direction for the official party apparatus, according to several who’ve spoken to him.

The terrorist threat emanates from the Minneapolis neighborhood known as “Little Mogadishu,” home to one of the highest concentration of Somali immigrants in the USA.

The Little Mogadishu neighborhood is represented by Democrat congressman

, who liberals proudly tout as the first Muslim-American Congressman. Ellison – who famously swore his oath of office on a Koran – has been a key player in public attacks on those seeking to expose the threat of radical Islam, including former Minnesota Congresswoman Michele Bachmann and Texas Congressman

In the “after glow” of the riots in Baltimore, Minnesota Democrat and Muslim Rep. Keith Ellison seized on the anarchy to spew his Communist/Socialist rhetoric. Appearing on CNN Thursday, Ellison claimed that the poor are getting poorer because the rich are getting richer. It was the typical “never let a crisis go to waste” appearance.

Rep. Keith Ellison (D-Mn), he who swore his oath of office on a Koran…