Poor victim my ass. Leftists so happy to threaten and attack Conservatives through their through their lapdog media and physically with their army of Antifa and BLM thugs.

Then whimper and cry when a brutal dog or dogs are put down..

The other Federal execution has the UN protesting.

You will be marked…

Is The Globalist “Reset” Failing? The Elites May Have Overplayed Their Hand

Slow Joe will probably get a Nobel Peace, another pointless participation trophy such as this..

Time magazine names Biden, Harris its Person of the Year in profile fiercely critical of Trump

Not that I have any intention of having this crap put in ,y body…I just can’t stand anything about Bill ‘The Virus King’ and his wife…

From Alpha News – Reporting the news…

“He will just continue to put us under his thumb. It’s almost a slap in the face,” Moss said of the governor’s actions.

From the Red Start and Tribune – Reporting what their Leftist controllers want..

Nothing to see here..No cover up going on..

SOS blocks forensic analysis of the 22 dominion machines in MI

The District of Corruption Has Overplayed Its Hand

A number of years ago, about 2006, I was asked to seek the GOP nomination for the Minnesota House in my district to run against the very leftist Liberal Democrat whom held it at that time.

He and I did not see eye to eye and disagreed on most everything. I pushed so many of his buttons he blocked me on Facebook and Twitter and told me to stop emailing him, which I didn’t.

I did not receive the nomination, but I pushed the person whom won it, took 3 ballot sessions before I conceded, he was the Mayor of small community in the District (Like 1800 population) and I was a relative unknown, not completely as I had worked as a medic in the area for 10 years at that time. So I did know quite a few folks.

The GOP candidate failed miserably, at one point the GOP Chair in our lovely state came to me at our state GOP convention, (I did manage to get picked as a delegate a number of times.) and asked me if I would step forward if needed as they were concerned about their pick. Well he continued to stumble along and again failed.

Fast forward to the next election cycle and again I considered, but we came up with a very strong candidate whom was head and shoulders above the incumbent liberal in office.

I stayed in the background, did a lot of legwork, went after the incumbent again. Got myself noticed and made more then a few liberals very upset with my LTEs and a blog I was running.

Our Candidate won that round, actually crediting the Maddmedic for his assistance and legwork. He won again the next round before moving on.(Went to Texas or some godforsaken place!) Which was quite an achievement considering the liberal majority we had in the district.

I then stepped away as I was getting disgusted with politics.

But I got back in the game when the liberal former Rep came back for reelection. I happened to notice his campaign signs stated ‘reelection’ on them when he had been out of office for 4 years.

Caused quite a stir when I pointed it out and he got spanked by the Campaign Board.

After that I went quiet again, until now. We have another damn liberal whom was elected and now seeking reelection this term.

And I found a ‘discrepancy’ in his bio on his campaign site.

Says he serves as Senior Pastor at UCC church. No he doesn’t!! He did. But not for a while.

And then I noticed on his official House of Representatives site..

So I fired off an LTE concerning this discrepancy.Honesty in politics. His career was a politician now? Got a call from a reporter for the local liberal newspaper asking if he could use ‘portions’ of my letter in an article about Lippert.

I said maybe, let me check a few things and get back to you.

Went to the above websites and they had been scrubbed. Sometime between July 6th, 7th and the 9th. The same time I submitted the LTE!!

So I called him back, told him sure, but I wanted my LTE printed in it’s entirety and BTW screenshots were a wonderful thing.

Pretty sure someone notified someone else and had things ‘corrected’.

As a side note I did run for the local School Board years ago, caused much panic as I had developed a bit of a rep as a volunteer at the schools and a pissed off Dad advocating for his son(s).

Came up a bit short on that, not by much…

Plus his books are damn good also… 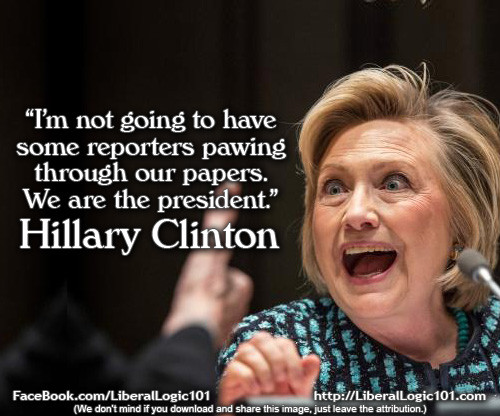 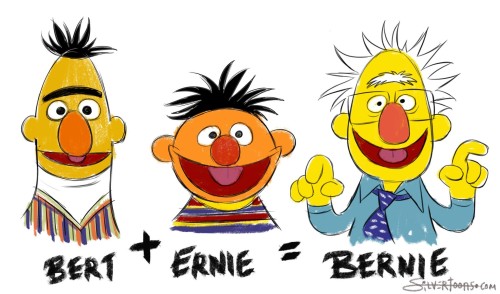 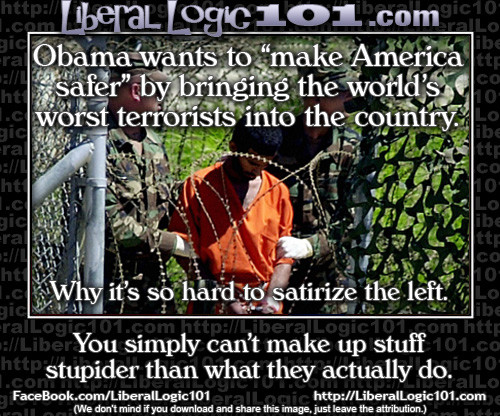 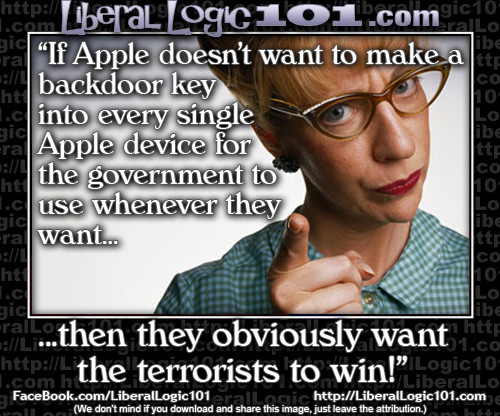 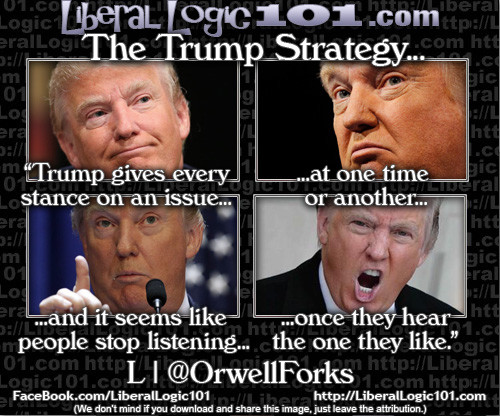 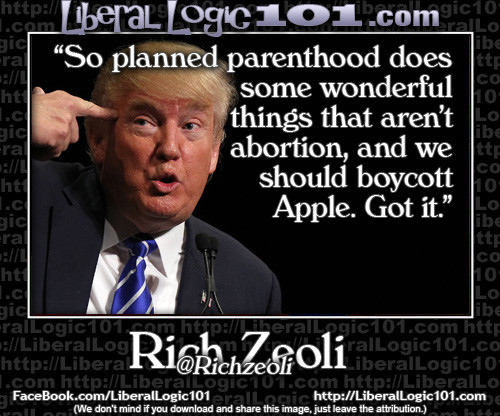 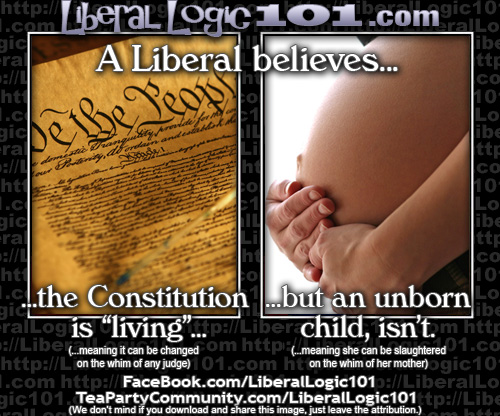 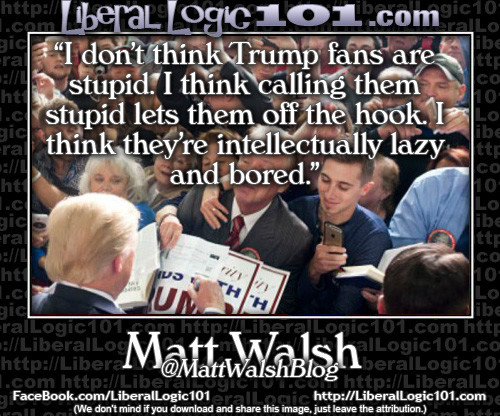 Rich Americans tend to be more politically active than the rest of the population. They support candidates who share their views and values; they sometimes run for office themselves. Yet the supply of political offices has stayed flat (there are still 100 senators and 435 representatives — the same numbers as in 1970). In technical terms, such a situation is known as “elite overproduction.”

Could too much of a good thing lead to a second American Civil War?

Nanny Bloomberg. Egotistical rich bahs-turd using his billions to get his way!!

And we whom believe in Freedom and our God given rights should care what this assO thinks or feels? Well we should because he does have Buck Ofama‘s ear or something!

The Obama administration has a curious relationship with veterans. On the one hand, the President enjoys using soldiers for photo ops during elections.

On the other hand, his administration doesn’t make sure military votes count, scraps fireworks for soldiers (even when local businesses offer to provide them for free), cuts hot meals for soldiers in Afghanistan, and temporarily suspends care for wounded warriors under sequestration.

Only a flipping DemocRAT!

Instead of Fixing Things in America, Democrats Wasting Time Trying to Put a Park on the Moon

Is all they know..Double standards and hypocrisy!!

Zimmerman, Deen and Racism in Black and White

The True Pursuit of Liberty…

I tried the political…I tried being active in our local political scene….I sought the GOP nomination to run for State Rep. They choose a known ‘Name’ the Mayor of a small burg and construction company owner. Whom did shit to run a campaign and win…They even came back to me, the House Speaker even sought me out at the State convention to see if I would be interested in running, as their picked candidate was worthless. He stayed in and lost, not by much, but still lost to a damn union loving, socialist assO!

I ran for School Board and drew in 2500 plus votes, just missing out. Scared a lot of people as I was quite vocal in displaying my displeasure with the local School system.

n continued to be active, but lately am seeing a lot of nothing from the local GOP scene. A number of so called leaders of the BPOU seem to be more left leaning then I like..IN fact a couple are full of themselves and I think are more Dhimmicrap then anything else.

So now? I pretty much let my feelings be known, my total disgust with our current libtard, socialist in office…Through LTE‘s. social media, face to face if the morons would ever have a ‘townhall’ meeting when working people can make it. I make no friends locally with my Right leaning views.

This is a miscarriage…A big, huge, miscarriage of Justice…My Rights were not given by Man. My Rights are mine and if you think for one minute I will give my Right to speak out and my Right to defend myself….Eff you, eff the horse your riding, the dog your following and the sheep your chasing!!

ForSaleAR15.com – No Credit Cards, No Paypal, No Problem

Well they know damn well the front door atack did not work. SO being the sneaky government assOs they are they will try a different, underhanded, probably illegal attempt to control our Guns and therefore us!!

Good luck with that Biden!! You damn Statist assO!

Biden Tries to Gain Back Support for Gun Control

I agree. The Repuplikan Party has failed. Filled with RINOs.

I cannot support it in it’s current form.

Now that said I will never support any rodrammed Dhimmicrap…So yeah. lets weed the crap out, or just start over…

Damn. Just beat him to death…?

SOB did not suffer long enough…

For the crime he committed…But he will..

Judge orders Google to turn over customer data to FBI

“Where an excess of power prevails, property of no sort is duly respected. No man is safe in his opinions, his person, his faculties, or his possessions.” —James Madison

Once again the facts are there and the left denies them.

Their Gun Control Utopia, Chicago proves once again how well it does not work. Well for the honest, law abiding disarmed folks.

The bad guys, thugs, gang bangers…Probably laughing as they pull the trigger.

The only thing to fear… “At one Tea Party rally this week, mobs chanted ‘Waterboard Obama, Waterboard Hillary!’ At another, radicals waved signs with Nazi symbols. … [T]he Democratic Senate is the only thing holding back the right-wing House from implementing their radical agenda.” —Democratic Senatorial Campaign Committee (DSCC) fundraising appeal

Belly laugh of the week: “If anything, we are overachieving on deficit reduction right now, given where we are in terms of the current year and immediate economic needs.” –Treasury Secretary Jack Lew

Things the stimulus was supposed to fix but didn’t: “Collapse of bridge in WA underscores urgent need for infrastructure investments. Will latest falling structure prod Rs in Congress to act?” –tweet from Obama adviser David Axelrod

Sycophants: “I love the Clintons and they know it. Bill and I are friends for 22 years, 23 years. He’s creating the greatest post-presidency in the history of the presidency. … [I]f [Hillary] decides to run [for president again], I would walk across the country to get her into office.” –singer Michael Bolton

Shortest Books Ever Written: “The Good Side of the IRS Scandal’ –NationalJournal.com

Questions Nobody Is Asking: “Is Bob Dole the Future of the Republican Party?” –Washington Examiner website

Bottom Story of the Day: “Somebody Did Something” –The New York Times

(Thanks to The Wall Street Journal’s James Taranto)

From 2003 when Minnesota passed the Shall Issue

Buck Ofama has driven the gun industry to new heights!!

Don’t mess with her purse!!

Where Has All The Ammo Gone, Part Deux

From the Religion of Peace!! How long before something happens and Buck Ofama and Shillary can balme another ‘crisis’ on this video?

The Mooch is going on Vacation!!

Michelle Said to be Considering an Extended Vacation

Nothing like a short little, efftarded bully throwing  a hissy fit when things go against him. Bloomberg your an ass!!